Rock House, the leader in music instruction is announcing the release of a new guitar Book/DVD course featuring Rusty Cooley, one of the most prolific guitar players of this generation.


Unlock the secrets to turn the neck into a roadmap! Virtuoso guitarist Rusty Cooley is at the forefront of pushing the boundaries of modern guitar playing challenges you to take your own skills to new heights. Rusty shows his secrets that will give you the freedom to improvise over the entire fretboard without being locked into positions. Learn 4, 5, 6 and 7 root modes, expanded patterns spanning the neck, 3 octave modes, reverse linear patterns and modal sequences. Rusty shows you how to create modal chord progressions for each of the 7 modes that you can shred your own leads over. Rusty teaches the lessons for six string guitarists, but he has also included ALL-NEW bonus lessons for seven string guitarists as well.


On the DVDs, Rusty teaches and illustrates each playing example through easyto- follow close up views of each hand. He slowly breaks down each lesson so you can easily follow along to get the hand positions correct. The included videos will also help you to hear how the examples are supposed to sound and most importantly you can see how Rusty applies them in a musical context.


FREE membership to the Rock House Method support system on the web is included. With the enclosed member number inside each book students register for lifetime membership at RockHouseMethod.com and use this fully interactive support site to download backing tracks to play with each lesson, enhance your learning experience, link with live instructors and connect with a community of people from around the world learning to play music using the Rock House Method. 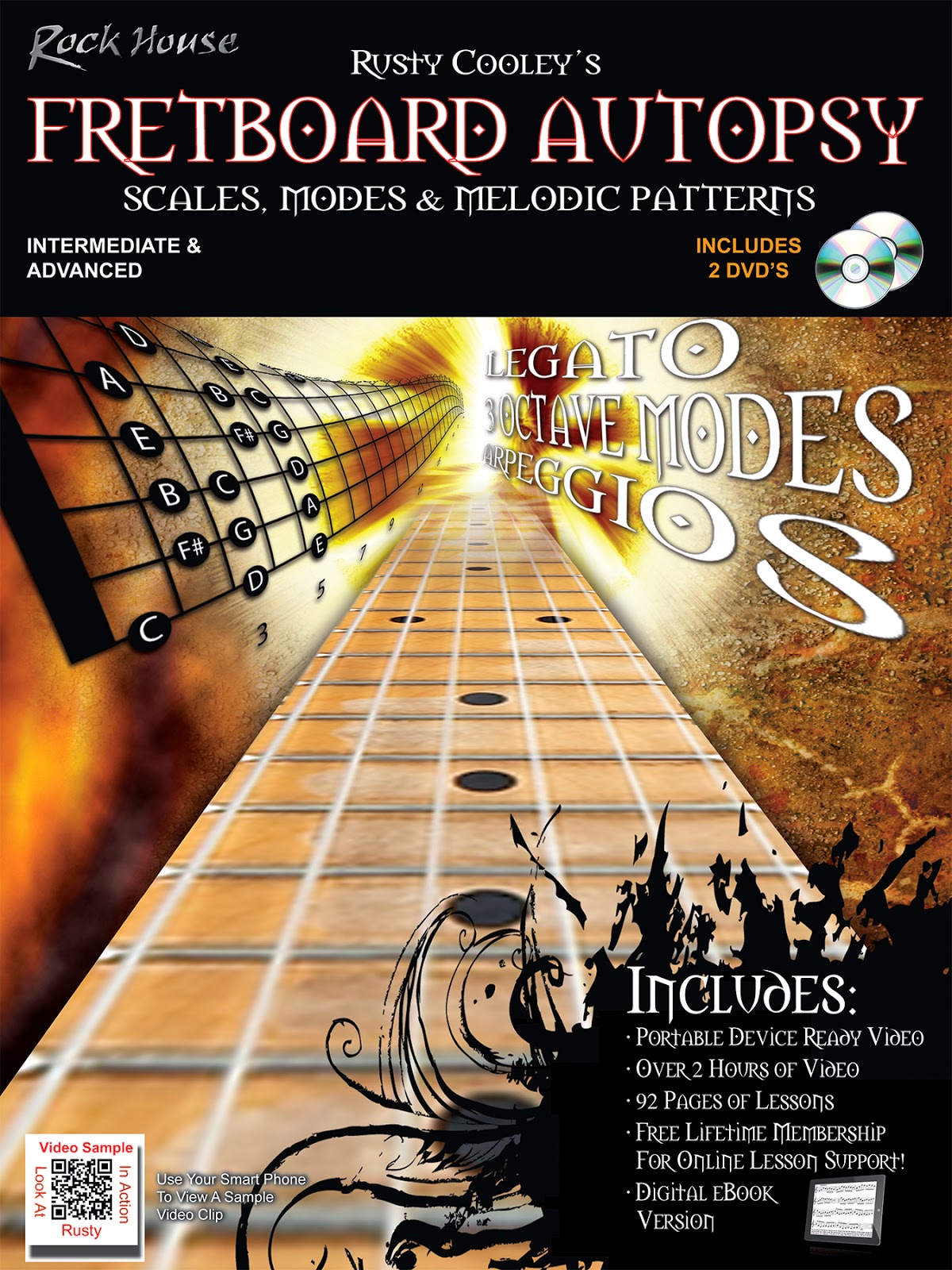 Fretboard Autopsy Scales, Modes & Melodic Patterns is available at MI retailers around the world for $29.99. All Rock House instructional products are distributed through Hal Leonard Corp.


Rusty Cooley is at the forefront of pushing the boundaries of modern guitar playing. A world renowned musician and instructor who has influenced some of today’s most respected guitarist such as Mark Tremonti of Creed and John Petrucci of Dream Theater. He has performed on more than 15 albums and has many instructional products to his credit. Rusty has been featured in magazines such as Guitar Player, Guitar One, Guitar World, Guitar Techniques and Axe. He has had his own column in Guitar Player magazine titled “Metal Guru.” In January 2003, Rusty recently was named by Total Guitar magazine as one of the top 20 fastest shredders of all time. Rusty has his own signature model guitar with Dean, the “RC7 Xenocide”